It was a very awaited fair, as this edition was supposed to be held in March 2020, a few days after the outbreak of the pandemic that kept us down for so many months.

The organizers tried several times to move it, changing the dates, and hoping (perhaps a little too optimistically) that the health emergency would be resolved in a few months, until 05/10/21: the date when the Paris fair actually opened its doors to exhibitors and visitors.

As had already happened at the Salone del Mobile in Milan in September, Workspace Expo Paris demonstrated that the office world is not only alive, but is undergoing an unprecedented organizational and social transformation, accelerated by the contingent situation and the new “smarter” way of working (which, as we all know by now, means anything but “telework”).

CUF Milano, our design brand, has participated to the fair presenting the mixed concept between the importance of the acoustic and transposing into the office the green vision that our company has been pursuing for years. For what concernes the soundproofing, it has been presented a “écoute le silence” phone booth: a singolar workstation fully equipped: desk, usb sockets, bluetooth speakers, cup warmer, desk lighting, wardrobe and space for archiving, all within an envelope of glazed and equipped walls, clad with Shapes acoustic panels and Wood Acoustix wood paneling.

Sustainabily and design have merged together in the Fusion Green serie, design J. Bennett and S. Adachi, reviewed by Arch. Silverio, who has used linoleum tops and, instead of dividing screens between benches, green walls made from bioplastics derived from coffee waste.

Next appointment? 8 to 12 November in Downtown Design Dubai! 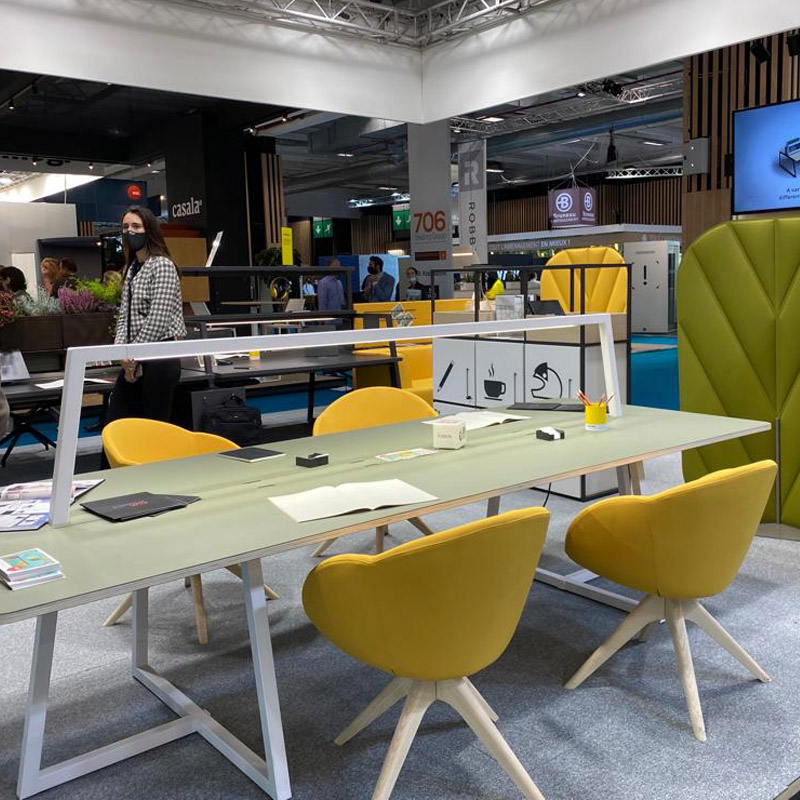 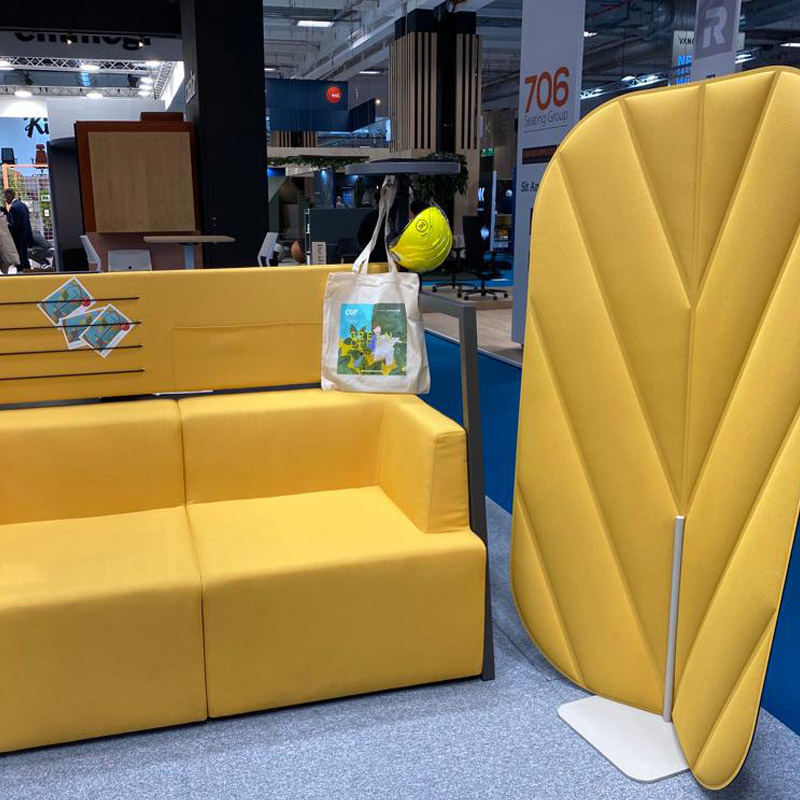 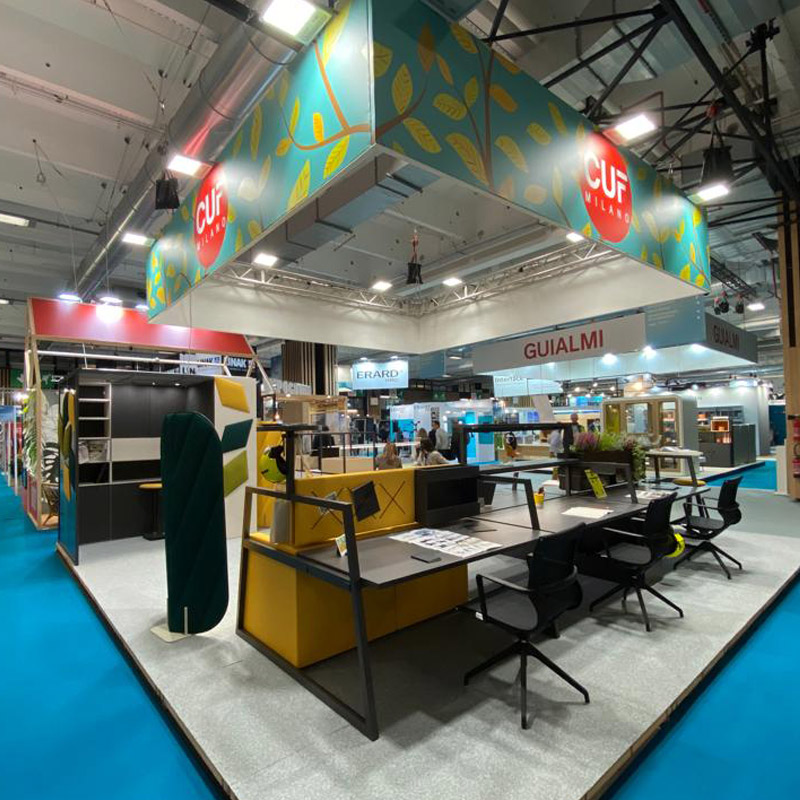 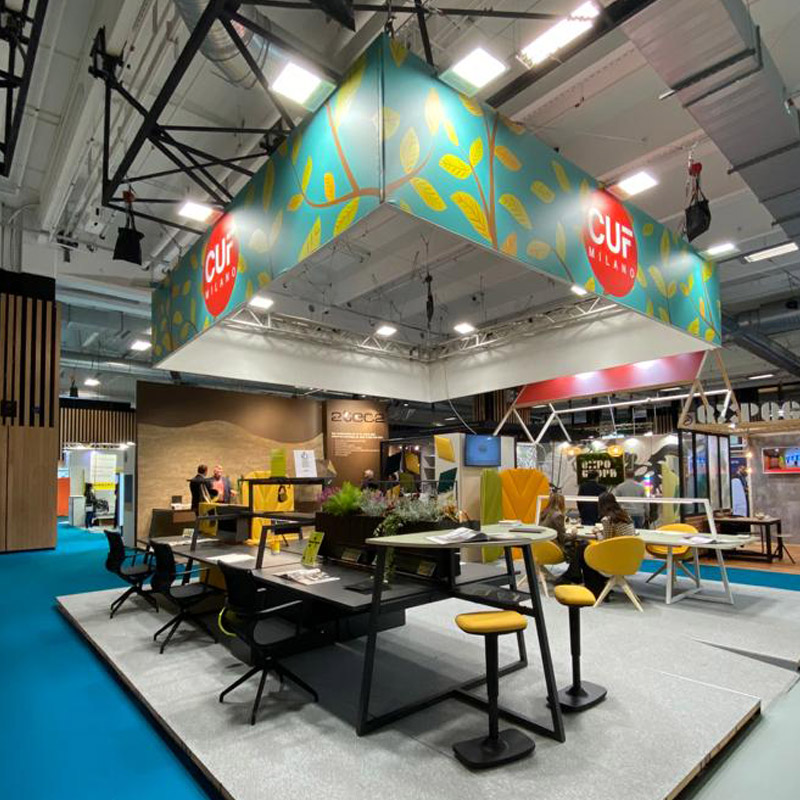 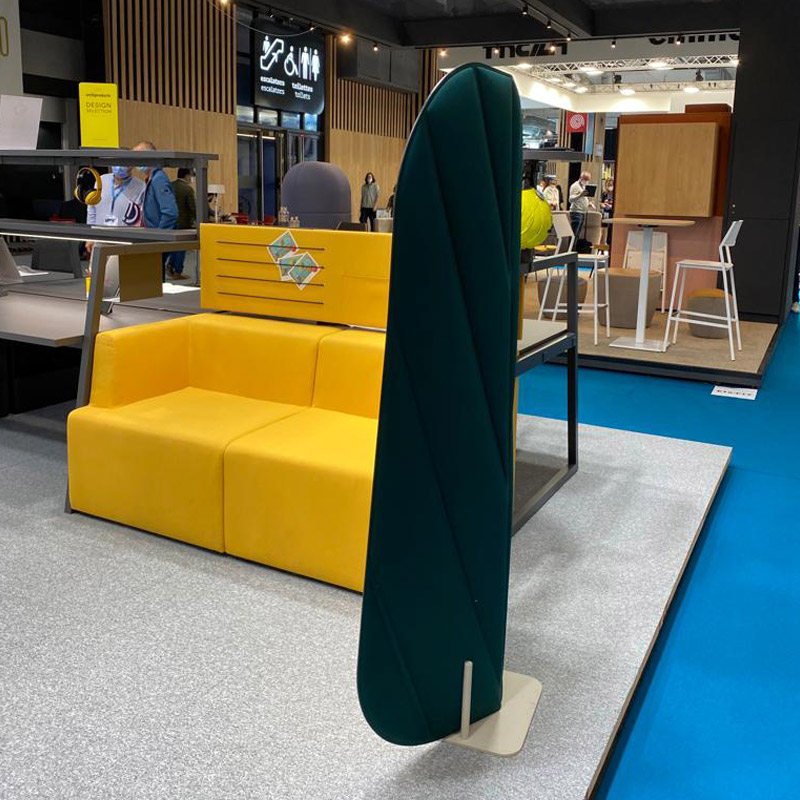 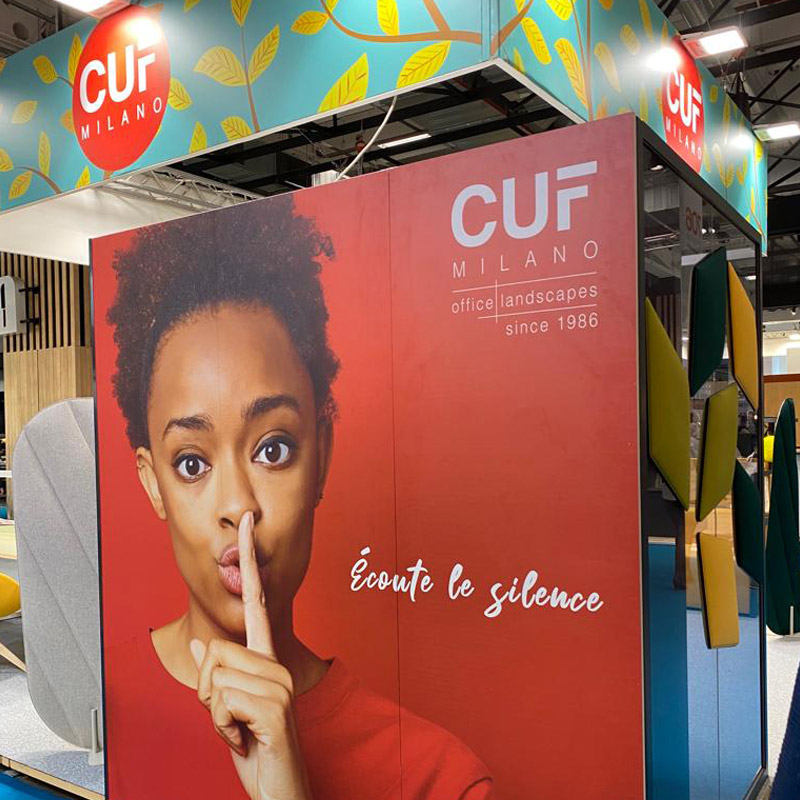 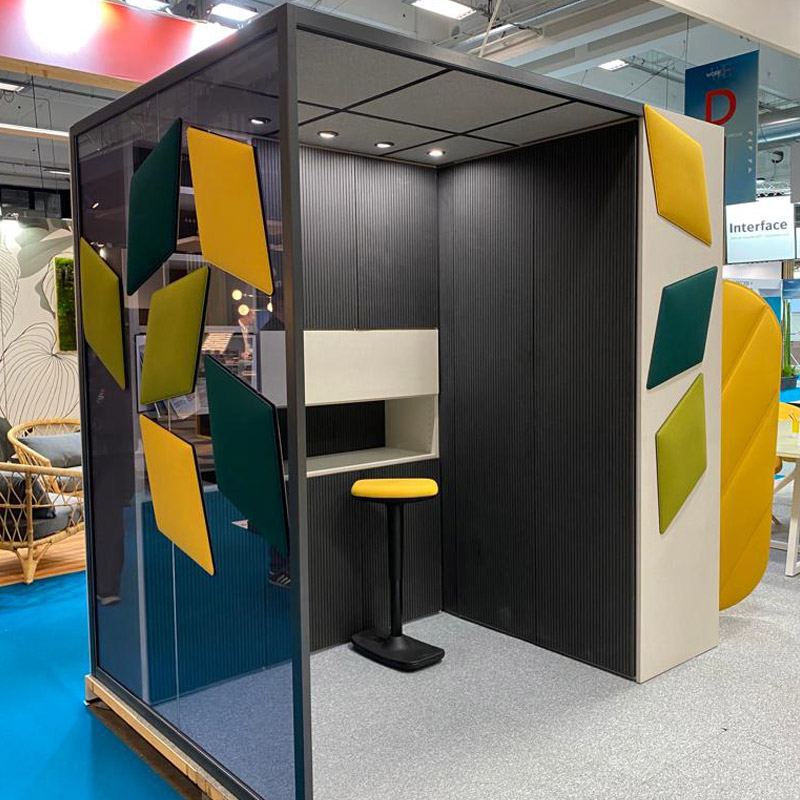 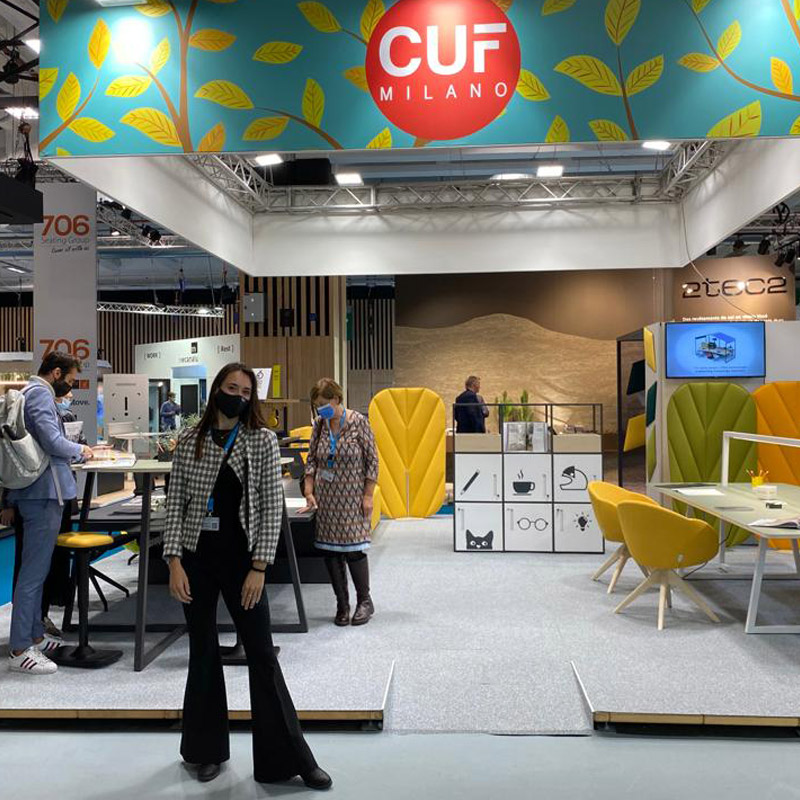 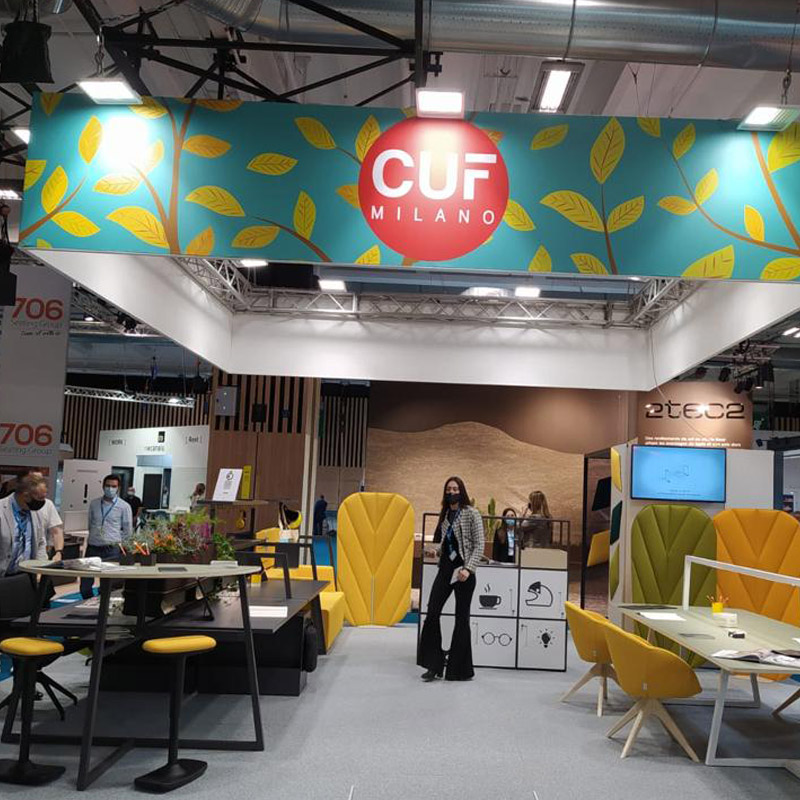 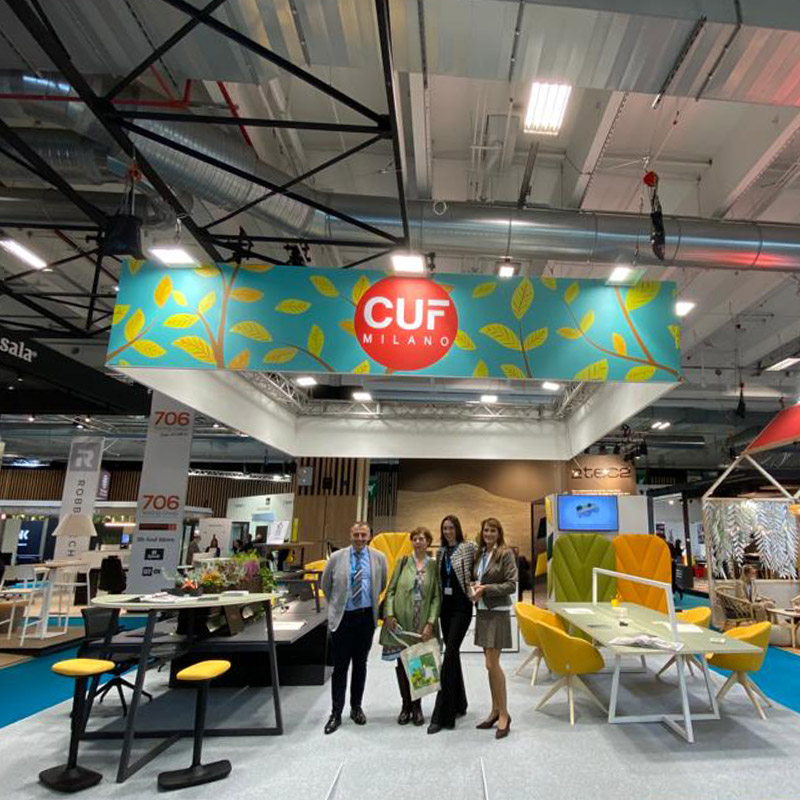 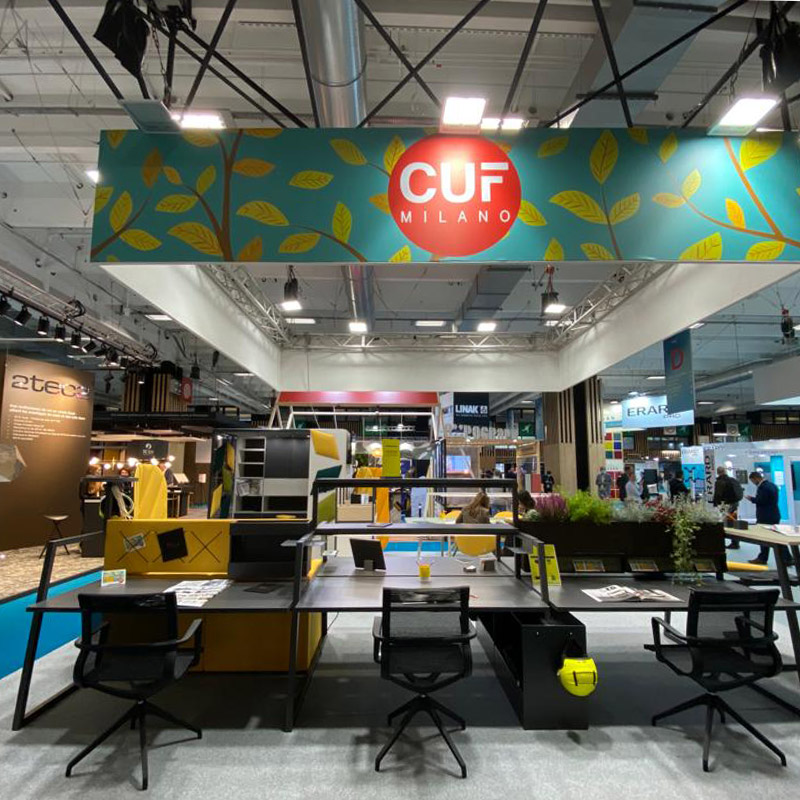 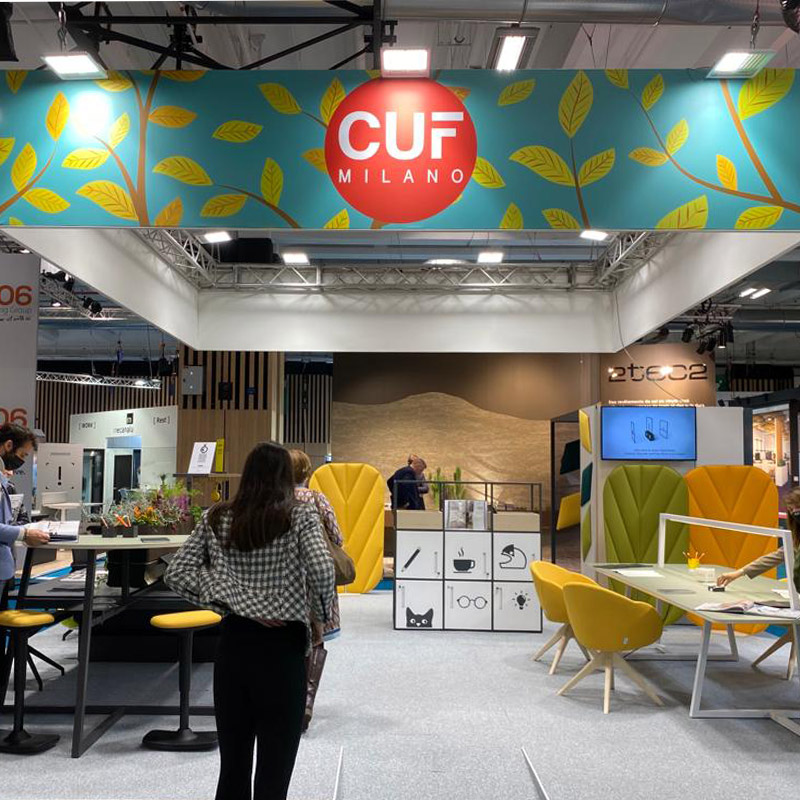